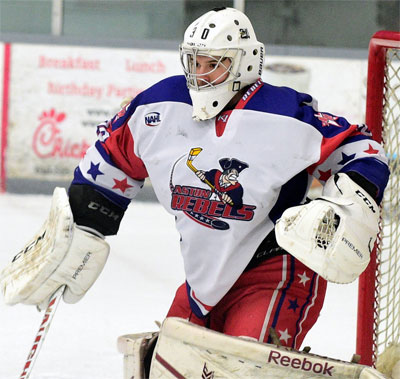 Aston Rebels goalie Marek Mitens, who made his NCAA Division I commitment a few weeks ago, was named the Most Valuable Player and Vaughn Goaltender of the Year for the 2016-17 NAHL season.