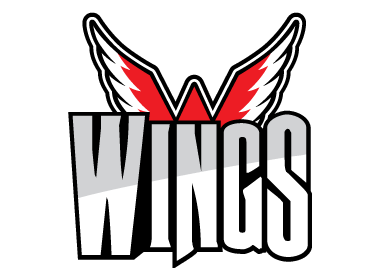 The 26 in 26 series features a look at all 26 teams in the NAHL for the 2019-20 season, with a new team being highlighted daily, leading all the way up until the start of the regular season. 26 in 26 looks into each NAHL team and will include video interviews with 26 coaches in the NAHL, as they provide fans with their expectations and outlook for the season, including taking a look at their strengths as a team and thoughts on the league.  It will also take a look back on last season and how each team fared and what they accomplished.
Aberdeen Wings
Head Coach: Scott Langer (4th season)
2018-19 record: 47-10-3, 97 pts. (1st in the Central Division)
2018-19 leading scorer: Brad Belisle (68 points)
2019 Playoffs: Won the Robertson Cup National Championship
2019-20 Division: Central
First regular season game: Wednesday, September 18th vs. Lone Star Brahmas
Home opener: Friday, September 27th vs. Austin Bruins
After a phenomenal season in 2017-18, the Aberdeen Wings upped the ante this past year as they won their first Robertson Cup in team history. Behind 27 saves from goaltender Matt Vernon, and goals from John Sladic and Joe Strada, the Wings outlasted the Fairbanks Ice Dogs 2-1 in the championship game. The Robertson Cup win cements the greatest season in Aberdeen Wings history as the team dominated the Central Division throughout the regular season as they finished with a team record 47 wins and 97 points, earning them the top spot in the division entering the postseason.
Head coach Scott Langer reflected on the championship, “It’s tough to explain the feeling of winning that cup, the process of going through the entire season, the ups and the downs. To finally come out on top, for me it was a little bit of a relief but it was certainly gratifying to see that group of guys hoist that cup.”
Watch: Head Coach Scott Langer interview
The season was also a glowing success off the ice as 15 players made NCAA commitments with 13 of them being to Division I schools. Langer described how special this group of players was. “Just to start seeing guys get their college deals wrapped up and there’s a lot of guys who were eligible to come back and play in this league that are moving on to play college hockey. That’s what our league’s all about, is putting kids in college hockey,” said Langer.
Aberdeen will need to replace their top two point producers, Brad Belisle and Sladic. Belisle led the team with 33 goals and 68 points while Sladic finished with 22 tallies and 62 points. Matt Vernon leaves a hole in the blue paint as the Colorado College commit played in 52 of the team’s 60 games, winning 40 of them en route to being named the NAHL’s goaltender of the year.
“I’m thinking we have to fill all the roles we have, the big thing is replacing our leadership group and find guys that are high in character to come back and continue the success, identity, and the culture within our rooms,” Langer explained. “When you win a championship, everyone wants your players and our players are all moving on.”
One key player to keep an eye on is Jake Beaune. The 19-year old played in 39 games during the 2018-19 regular season, contributing a goal and 10 points. He also appeared in all 12 playoff games for the Wings and should provide the anchor along the Aberdeen blue line this coming season. Beaune is currently in Russia representing Team NAHL at the Sirius Junior Club World Cup. Beaune will be the captain for the tournament in Sochi and will surely bring those leadership qualities back to Aberdeen.
With a target on their back and the grueling Central Division in front of them, the Wings will have to be even better this season if they want keep the Robertson Cup in Aberdeen. “We’re going to have to reload, our staff has been working hard,” said Langer. “Ever since the day we hoisted that cup, we were back at it and one week later we were back running camps. When you play into May, there is no time off.”