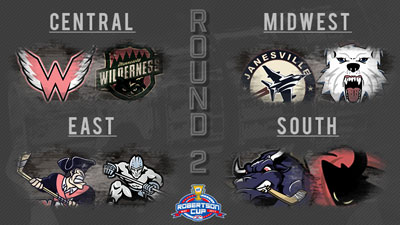 The Final 8: Division Finals begin on Friday. Watch all the action live on HockeyTV.